Posted on February 11th, 2013 by pajamapress

Bookworm Buddies, the blog of the Manhattan Public Library, recently posted this review of Last Airlift:

“When this book came in, I started flipping through it at my desk because the topic reminded me of a Laotian refugee who was in my class when I was in 2nd grade.  I had to give up my lunch hour to keep reading because I couldn’t put the book down once I started.  Tuyet’s story is so amazing. It beings in a crowded Saigon orphanage in April 1975, where Tuyet was one of the older children who had lived at the orphanage her entire life. She helped care for the little ones and put up with bullies and got along as well as she could despite her leg that was damaged by polio.  On April 11, something scary and amazing happened. The babies from the orphanage were placed in cardboard boxes and put in a car, and Tuyet was called to go along with them. She did not know where she was going or why.  American soldiers then packed all the babies into a huge airplane. Tuyet did not think she would be going in, too, but then a woman carried her to the plane that she said would take her away from the war to safety.  Significantly, this Hercules plane was the last Canadian “babylift” to leave Saigon with refugees.  And this is just the beginning of Tuyet’s adventure, full of frightening new things and sounds, language she did not understand, and little to comfort her.  Luckily, Tuyet was adopted into a loving family and given a new chance in life…”—Jennifer 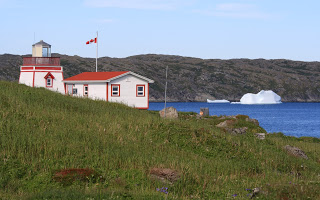 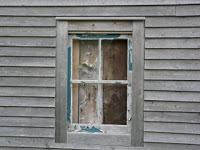 Maria’s Mudpuddle loves Nix Minus One

Posted on February 7th, 2013 by pajamapress

“Another powerful novel by the author of The Nine Lives of Travis Keating, Home Truths and The Present Tense of Prinny Murphy.   Jill Maclean’s new novel is written in verse, and like her other novels, deals with some heavy issues.  I couldn’t put this book down, and I read it in one night.  Nix, the main character, was an easy person to relate to. I found myself frustrated with him, and at the same time I could totally understand his worry, and his reluctance in challenging his older sister.   It’s common for siblings to cover for each other, when one of them is breaking the rules.  But that doesn’t mean the other person doesn’t worry.  And as long as no one gets hurt, these secrets can remain a secret.  But unfortunately, that’s not what happens for Nix and his sister…

Alma Fullerton writes about shoes at The 4:00 Book Hook

Posted on February 6th, 2013 by pajamapress

The 4:00 Book Hook is a newsletter released bimonthly by a group of seven children’s book authors. In the current issue, author Alma Fullerton talks about her most recent book, A Good Trade, and why a new pair of shoes is so important to its protagonist—and to kids around the world.

“…I think it’s important for [children] to learn that even in North America, where children are expected to have two pairs of shoes for school every year, we have families that have to choose between groceries or shoes for their children.

It’s estimated that over 300 million children in developing nations don’t have shoes, and in many of those countries children cannot attend school without them. Could you imagine not being able to afford even a pair of ﬂip ﬂops for your child to go to school? Or if you could only afford one pair, imagine having to choose which child to send to school? For these families a pair of shoes can change the life and futures of their children
drastically.

In places like Uganda, where A GOOD TRADE is set, shoes can not only change a life, they can save one…”—Alma Fullerton

To read the full article—and to get lots of other great book news—click here for a free e-subscription to The 4:00 Book Hook.

Posted on February 4th, 2013 by pajamapress

“The author conveys the desperate, rushed and tense atmosphere.  We too feel claustrophobic as the door of the airplane shuts and the heat and smell closes in around us and Tuyet.  Everyone seems kind to Tuyet but she has no understanding of why things are happening to her.  Was she selected to help with the babies like she did at the orphanage or because she has one weak ankle and foot, the result of polio?  Where is she going?  What will happen to her once she arrives?

… the story is fascinating.  Being Canadian, I think of the Vietnam War as an American war.  Growing up during the 70s, even in small town Alberta, there were many ‘boat people’ settling into our schools and communities but I didn’t really know specific stories.  Film, TV, and media usually depicted the American situation.  I’ve seen footage of Vietnamese people desperately trying to get onto to aircraft as they were leaving Saigon.  I hadn’t realized that Canada had much involvement.”—Tammy Flanders

Posted on February 1st, 2013 by pajamapress

Are you ready for Nix Minus One?

Posted on February 1st, 2013 by pajamapress

Jill MacLean’s new novel is coming in 15 days. To whet your appetite in the meantime, check out the teaser trailer.

We’re counting down the days. Are you?