Alma Fullerton writes about shoes at The 4:00 Book Hook

Posted on February 6th, 2013 by pajamapress

The 4:00 Book Hook is a newsletter released bimonthly by a group of seven children’s book authors. In the current issue, author Alma Fullerton talks about her most recent book, A Good Trade, and why a new pair of shoes is so important to its protagonist—and to kids around the world.

“…I think it’s important for [children] to learn that even in North America, where children are expected to have two pairs of shoes for school every year, we have families that have to choose between groceries or shoes for their children.

It’s estimated that over 300 million children in developing nations don’t have shoes, and in many of those countries children cannot attend school without them. Could you imagine not being able to afford even a pair of ﬂip ﬂops for your child to go to school? Or if you could only afford one pair, imagine having to choose which child to send to school? For these families a pair of shoes can change the life and futures of their children
drastically.

In places like Uganda, where A GOOD TRADE is set, shoes can not only change a life, they can save one…”—Alma Fullerton

To read the full article—and to get lots of other great book news—click here for a free e-subscription to The 4:00 Book Hook.

A Pair of Shoes

In the picture book A Good Trade, a little boy named Kato receives a life-changing pair of shoes. But why are they so life-changing? Here are a few reasons. 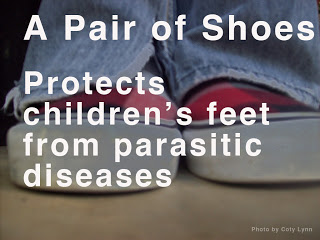 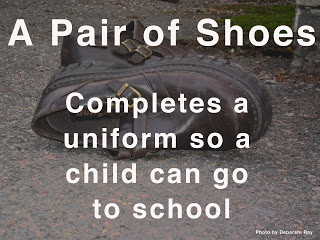 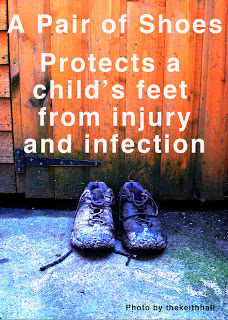 A Good Trade is written by Alma Fullerton and illustrated by Karen Patkau.