The Vietnamese Orphan Airlift: An Interview with Tuyết Pham 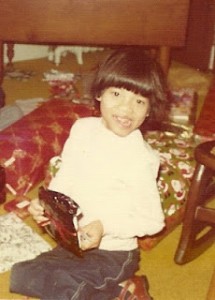 Last Airlift: A Vietnamese Orphan’s Rescue from War tells the story of one orphan, Tuyet, who was airlifted from Saigon (now Hồ Chí Minh City) at the close of the Vietnam War and adopted into a new family in Canada. Today we are sharing an interview with another orphan, also named Tuyết,who came to Canada in the same dramatic way and who has a story of her own.

How old were you when you left Vietnam?

You must remember that although I was given this birthdate, and I stress “given”, this is not necessarily my birthdate.  During the time of war, many children found in the most awful places you can imagine, left to die, were taken to the orphanages with no paperwork on them.  And those children who were in orphanages, whose lives could not be saved whether through diseases, malnutrition and/or already existing birth defects, who died, their birthdates would have been used for those who were going to be adopted by families around the world.

So, to answer your question, I’m not really sure how old I was when I left Vietnam—possibly 5 or 6 years old.

What do you know about your life before you came to Canada?

There’s not much really that I can recall about my life in Vietnam before coming to Canada.  It was not indicated on my paperwork which orphanage I was at or if I ever was—but obviously I was, because my paperwork was prepared.  I must have been somewhere. There are times when I am doing something and I get flashbacks, like having been piggy-backed either to school or church, or having been given something by one of the soldiers who came to visit at the orphanage.  My mother has said to me at some point (I must have told her at one time) I remember sitting on a soldier’s knee and having a great time—he must have been pretending to give me rides or something—I don’t recall that, but I guess that’s what I told her.

What do you remember about the journey?

Not much. However, I do recall that I was placed beside another girl, either in a van on the way to the airport or on the plane.  I think her name was also Tuyết.  I think she was a little older than me.

You should know that Operation “Baby lift” was coined by the Americans regarding their flights. All Canadian flights were referred to as “Orphan” flights—so I was told by one of the pilots on our flight.”

Did you know these things while you were growing up, or did you have to do research later to discover your history?

I had known as a child that I was adopted and that I had come all the way from Vietnam.  My parents had always been supportive in trying to show me a lot of pictures from Vietnam, or television shows or movies that had anything to do with Vietnam.  They had spoken of the Vietnam War and that I was probably found by someone on the streets, probably left to die, and was taken to an orphanage.  My mother even made my Áo dài (Vietnamese traditional dress), once every two or three years right up until I finished college.  I did do a bit more research later on when I grew older, and when I was more interested and could understand better the history of the Vietnam War.

When did your adoptive parents know that they would be adopting you?

My parents didn’t know they were going to adopt me.  They had at first looked to adopt a boy and a girl from the same orphanage who left before me.  Unfortunately, the plane (C-5A Galaxy) they were taking out of Vietnam on April 4, 1975, crashed within 10 or 15 minutes of being up in the air. The plane lost control and crashed into the rice paddies below.  Everyone in the lower compartment of the plane died, and that included the girl my parents were looking to adopt. The boy, however, survived the plane crash and was sent the next day, on another plane that arrived in Montreal.

My parents were still looking to adopt a girl, at which time they heard about me.

What was it like to travel back to Vietnam?

I made a return trip to Vietnam in March/April of 2010.  I was 39 years old.  I felt I needed to make at least one trip back, in my life, to my homeland to see how much of it has changed and to see if there was anything I could remember of it.

Overall, there were some great highlights to my trip (and some not so great) and I learned so much, but the whole experience was an exercise to see if I could still have fit in with the culture. Everywhere I went, each of my tour guides explained to the curious local people, when they found out that I couldn’t understand their language, let alone a greeting, that I had been adopted into a Canadian family from a very young age. That, I found, in itself, set me apart from the people who were part of my history. I didn’t feel that I had that sense of belonging. There were no memories in any place that I travelled to that I could pinpoint any sense of familiarity. But then again, how would I know?  I was in an orphanage for my whole life there. I had lost that aura of being a Vietnamese.

Are there still unanswered questions that bother you about your past and about the war? What are they?

For the rest of my life, there will always be questions about my past—although it’s always great to tell people, “I don’t know who I really am”.  There will always be questions of, “Who were my parents?” “Are they still alive?” “Where are they now?” “When and where was I born?” “Why was I given up to either be left to die or to be saved and adopted?”  “What were my biological parents’ thoughts during the time of war?” “What is my family background?” “What medical history should I know about?” For now, it would seem that all of these questions will remain buried in the past.

For information about Operation Babylift, a similar initiative in the United States, visit www.vietnambabylift.org.