A woman would come to see me. She would bring a young boy. I would sit on her lap for a while, and then they would leave. Maybe that was my mother; maybe the boy was my brother.

After a while, they stopped coming.

Like the other children in the Saigon orphanage, Tuyet dreams of a family of her own. But she is one of the oldest, and polio has weakened her and left her with a limp. Nobody will adopt a girl like her. Instead, Tuyet cares for the babies and toddlers, hoping that if she continues to make herself useful, the nuns will let her stay.

One day in April, the babies and toddlers are packed into small boxes and frantically loaded into a van. The driver places Tuyet in the back of the van as well. As she and the younger children are taxied to the airport through streets filled with smoke, artillery fire and frenzied refugees trying to escape, Tuyet believes that her job is to look after the babies until they are airlifted to safety. But when the huge Hercules C-130 takes off from the burning city,Tuyet is not left behind after all.What will happen to her when she arrives in Canada? Will she be sent to an orphanage to look after new children, or will the people return her to Saigon to take her chances with the invading forces?

Last Airlift is the true story of the last Canadian airlift operation that left Saigon and arrived in Toronto on April 13, 1975. Son Thi Anh Tuyet was one of 57 babies and children on that flight. Based on personal interviews and enhanced with archive photos, Tuyet’s story of the Saigon orphanage and her flight to Canada is an emotional and suspenseful journey brought to life by the award-winning children’s author, Marsha Skrypuch.

“The author tells Tuyet’s story with respect and dignity, introducing readers to a brave girl caught up in the turbulent times of her country, her fears of leaving what she knew, and the joy of finding a new life.”—School Library Journal

“Last Airlift is the story of an heroic deed, of one young girl’s courage and resourcefulness when she most needs it, and of the ending she could not foresee…Highly Recommended.”—CM Magazine

“Tuyet’s story is an excellent example of the biography genre for young student; a multi-cultural perspective on being an immigrant child in Canada, and also a snapshot of a child’s life during the war.”—Resource Links

“[The] biographical approach helps to humanize a war that, for most readers, may seem like ancient history, and the tight focus on the airlift and Tuyet’s first days with the Morrises reminds readers that they are sharing the experiences of an agemate.”—Bulletin for the Center for Children’s Books

“Enhanced with documents and a surprising number of photographs, Last Airlift is a touching, multi-layered experience. The strength of Skrypuch’s storytelling shows strongest in the smallest details.”—Book Dragon/Smithsonian Institute

“Black and white photographs and documents supplement this biographical tale. Told from the point of view of this eight year old girl, the story is quite informative and compelling. Readers who enjoy biographies will find much to admire in Tuyet.”—Youth Services Book Reviews 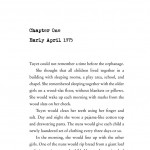 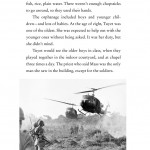 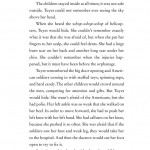 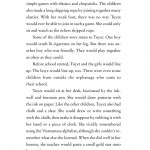 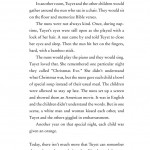 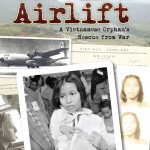