Captain Barnacle Garrick and his daughter Augusta, last seen in Bad Pirate, return with more adventures. Augusta wants to be a fancy pup, but she’s the daughter of a pirate captain, so she needs to be rotten, sneaky, and brainy. Despite her best efforts to be good and foul, she can’t help but groom herself, enjoy wearing pearls, and love the smell of vanilla. When Captain Barnacle Garrick and the other pirate pups run into trouble, it’s Augusta and her fancy vanilla smell, lovely pearls, and brain that save the day. Fans of the first title will be pleased with this continuation of Augusta’s story. While chock-full of pirate slang and appeal, this tale is a great example of being true to oneself despite what others might say, and should be recommended as such. VERDICT A first purchase for pirate picture book collections and a wise choice for most libraries.

Next Round reviewed by Dameon Okposio for the DO Boxing Show

Dameon Okposio of Below the Belt Magazine has posted a timely and supportive video review of Next Round: A Young Athlete’s Journey to Gold by John Spray on the DO Boxing Show. Since Arthur is currently competing for Canada in the Rio Olympics, we’re pleased to share both Dameon’s review and our transcription of it. 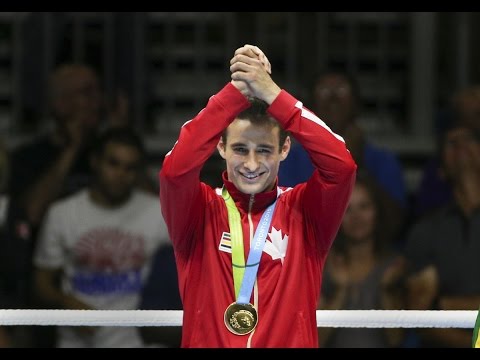 “Welcome to the D.O. Boxing show, I’m your host Dameon Okposio and in this episode we’re going to be talking about Arthur Biyarslanov’s book, Next Round: A Young Athlete’s Journey to Gold, written by John Spray. This is a great book, for multiple reasons. Not only is it well-written, but it gets you behind the scenes of who Arthur Biyarslanov is, what it took for him to get to Toronto, and a little bit about his background—who he is as a person. I love human interest stories and I fashion my magazine off human interest stories as well.

[Next Round is] a good read, approximately 104 pages in total. It’s got very sharp black and white pictures with a brilliant, colour photo-essay in the middle… It tells you a lot about Arthur, who’s very charismatic, but also a quiet kind of guy who works extremely hard. He’s one of three Canadian Olympians going to the Olympics into Rio, and the only male to qualify for the Olympics for the country. So he deserves the publicity and the notoriety for going—all three of them do—for representing the country.

As we all know, there’s not much coverage of Canadian athletes, much less Canadian boxers, so I think this book is a brilliant, brilliant play…good on you John Spray, good on you Arthur Biyarslanov…This book is a great promotional item and a fantastic idea. Immortalizing yourself in publishing; that’s the way to do it.

Get your book. If you haven’t got it, it’s about $16.95 CAD and when you get it you can get Arthur to autograph it as well. He’s a very personable guy. Great book, I’m not going to go into too much about it, because it’s worth getting the book and reading about it yourself. But do learn about Arthur Biyarslanov, the only Canadian male to qualify for boxing in the Olympics, as we get underway…August 5th will be the opening ceremonies…All the best to all the athletes, especially the Canadian athletes out there, Ariane Fortin and Mandy Bujold are both favourites for the medal. They’re both very talented young ladies. Arthur Biyarslanov too, a very talented young man. I think we might actually be able to break that medal drought we’ve had in Canada with this very strong squad of three.

If you can pick up the book, it’s called Next Round. It’s written by John Spray, published by Pajama Press, and is $16.95 CAD. Pick up your copy today.” 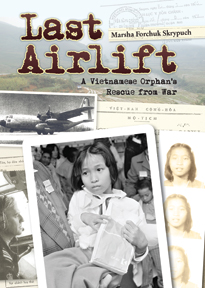 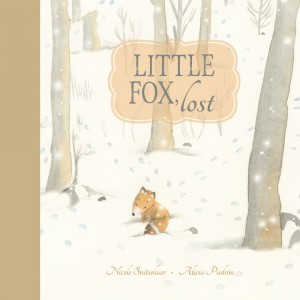 “A Québecois import offers a cautionary wintertime tale. In this pretty book, Mama Fox invites Little Fox out for a walk in the inviting snowy woods, warning him to stay close so that he won’t get lost. Little Fox, however, enchanted with his own game of making “pictures in the snow” with his paw prints, soon becomes discombobulated and lost. The rosy-cheeked Old Owl offers to guide him to Mama, but Little Fox remembers his mother’s admonishing rhyme: “If ever you are lost my child / Don’t let a stranger guide you. / Be still, and I will search the wild / Until I am beside you.” Various cute animals of the forest join in with Little Fox (including Old Owl after a grumble or two), and they sing this rhyme together, until the happy ending when Mama arrives, proud that Little Fox “had done exactly what he should.” Padrón’s cute animals and soft scenes of winter woods, done in muted grays, blues, and earth tones, pair well with the gentle words of this story to reach a satisfying conclusion and a gentle lesson for the very young for whom this story is intended. While the puffy cover seems to signal “gift shop book”…young ones will surely be comforted by the reuniting of Mama and Little Fox. (Picture book. 1-5)”

Toadstool Corners is hosting the Toadstool Corners’ Great, Green Garden Tour in a week. Several of the animals in the community have signed up for it already. Rae the badger thinks that Timo’s garden should be on the tour too. Though Timo does not think his garden is “Great,” he does have a week to make it better than it is now, and so Timo adds his name and address to the list of participating gardens.

The next day, on Monday, Timo gets to work weeding, watering, hoeing, and hauling. The garden starts to look nicer, but it is still “not quite great.” Then Hedgewick pays a call. He asks Timo for some parsley, which the rabbit is happy to give his friend, and then he invites Timo to come over for lunch. Hedgewick is making spinach cakes, which are always really delicious. Timo is tempted, but he declines the invitation. He has far too much to do to get ready for the garden tour.

With every day that follows, Timo gets more and more concerned that his garden isn’t going to be good enough for the tour and he works harder and harder to get it “ready.” He also declines one invitation after another, choosing to spend all his time working, and none of his time with his friends. He starts to feel tired and decidedly unenthusiastic about gardening. What used to be a joy is now a trial. Then something unthinkable happens and all of Timo’s plans and hopes are ruined.

Children are going to enjoy reading about Timo’s garden adventures, and misadventures, in this charming chapter book. They will see how a fun activity can become a chore when you take it too far, and how that activity can take over your life if you are not careful.

Posted on August 5th, 2016 by pajamapress

Elizabeth Bird, a librarian at New York Public Library, writer for the School Library Journal and influential voice in children’s literature, posted her list of “Some of the Best Picture Books of 2016 Thus Far (Mid-Year Summary)” earlier this week. Of the 81 titles listed, we are thrilled to have two of our titles included.  Elliot by Julie Pearson, one of our Spring titles, and Sky Pig by Jan L. Coates both received nods. 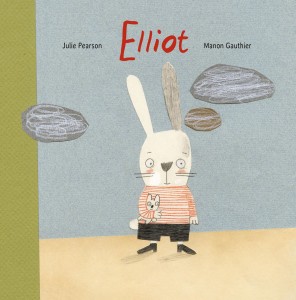 Of Elliot, she writes, “used in the right context, this book does something that no other book does.” She also took the time to write a very thoughtful review of Elliot, which can be found here.

Elizabeth Bird also has some very nice praise for Suzanne Del Rizzo’s Plasticine and multimedia illustrations in Sky Pig by Jan L. Coates: “Crazycool art going on here.  I think it’s all clay, but it’s hard to tell.  Whatever the medium is, it fits the storyline perfectly.  I always have so much fun reading the book that I forget to look up how it’s made.”

Speaking of lists, our forthcoming winter title, Little Fox, Lost, appeared in Travis Jonker‘s “2016 is Foxy” roundup, where we’re pleased to find it in good company.

All three of these books, and the rest of our titles, can be purchased or pre-ordered at an independent bookstore near you.

Going for a Sea Bath is “full of expression and joy,”—Youth Services Book Reviews

Posted on August 2nd, 2016 by pajamapress

What did you like about the book? In this silly cumulative story, a little girl named Leanne doesn’t want to take a bath. Her Dad comes up with the idea of adding something – “one turtle.” Then he adds “two eels”, “three clown fish,” “four seahorses,” “five shrimps,” “six hermit crabs,” “seven sea urchins,” “eight anemones,” “nine starfish,” and finally, “ten octopi.” The bathtub is so full, that Leanne and her dad run to the ocean and find “A sea bath is the most fun of all!” The illustrations in this Canadian import are full of expression and joy, perfectly matching the storyline. On the final page the reader sees all the sea creatures diving back into the ocean.

To whom would you recommend this book?  This is a wonderful book to add to story times about baths. Pair it with King Bidgood’s In the Bathtub by Audrey Wood, The Pigeon Needs a Bath by Mo Willems and Way Down Deep in the Deep Blue Sea by Jan Peck. It is also a good book to use for counting and practicing math.

Who should buy this book? Public libraries and elementary school libraries