Going for a Sea Bath “will surely get a giggle,” writes The National Reading Campaign

“This picture book builds gradually with all the animals ending up in the bath – or falling out of it! Kids will love the chaos that ensues, which Delisle reflects through each character’s and creature’s actions, positions, and expressions. Going for a Sea Bath is an off the wall read which will surely get a giggle.”—Jen Bailey

“…Finding their common humanity despite their differences might be the hardest thing Kyle and Jared have ever done, as well as the most rewarding. Through a fantastical, yet modern and timely tale, Bass shows how the power of circumstance can bond even the most stubborn with life-changing results.”—Amy Mathers

“Because German Men were conscripted to fight during World War II, the families left behind were obligated to by the Nazi government to take in French prisoners of war to perform needed work. This is why three captives came to stay with seven-year-old Gerda, her mother and siblings at their farm. The rules were stringent: the French were to assist with the operation of the farm, sleep in the out-buildings and be treated as enemies. Anyone showing kindness to these “borrowed men” could be imprisoned. It was, however, challenging for Gerda to be so hard-hearted. On one particularly cold day, she invited them to share dinner with her family inside their warm home. For this act, her mother received a stern reprimand from the local police. From then on, compassion was demonstrated in more subtle ways, ensuring that the captives were well fed and treated with dignity. When the war ended, they parted as friends.

Based on her mother’s childhood memories of Germany during World War II, Michelle Barker’s book is a poignant account of one family’s brave acts of kindness in an atmosphere thick with fear and distrust. The story is told from little Gerda’s perspective, and we witness how a prohibited relationship grew from Feinde (enemies) to Freunde (friends). “The borrowed men knew some German words but we did not speak French. We had to use our hands to show them what we meant. Sometimes I drew pictures for them.” An Author’s Note and family photographs provide further context regarding Gerda’s experiences.

Renné Benoit’s watercolour, coloured pencil and pastel illustrations convey a pastoral environment imbued with the bleakness of war. In the midst of fear and strife, we see comforting moments in one family’s life. The simple acts of preparing meals, gathering around a candle-lit Christmas tree to sing carols and sharing conversation and scarce resources with strangers offer hope that goodness can sometimes triumph over evil.” 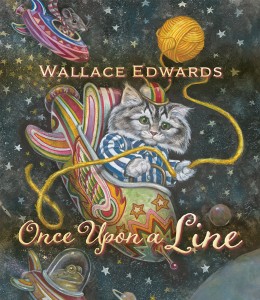 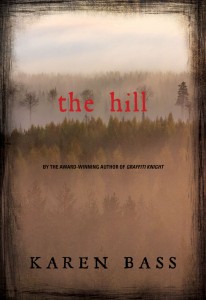 “The blend of realism and mythology is a difficult mix to pull off, but Bass succeeds admirably. The Hill is an interesting and unique addition to the ever-expanding body of teenaged wilderness survival novels…the added elements of Cree traditional beliefs and cross-cultural tensions help Bass establish her own niche within this field.”—Dr. Gregory Bryan