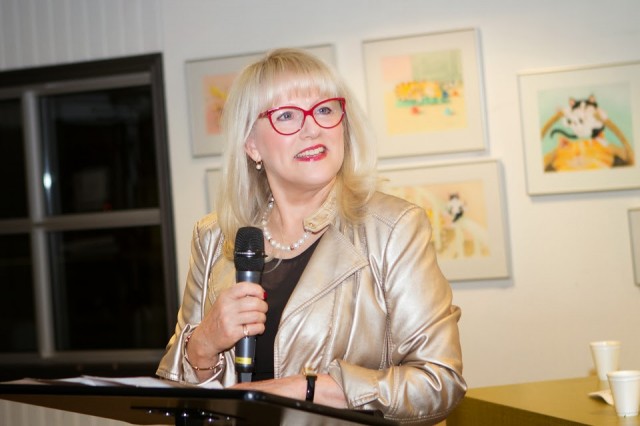 This March, Pajama Press is proud to be publishing a new young-adult novel by celebrated author and human rights activist Deborah Ellis. Moon at Nine is a riveting novel based on a true story of two young adolescent girls accused of being gay in Iran—a country where homosexuality is considered so abhorrent it is punishable by death. Issues of homosexuality and human rights have been making headlines recently as some countries are decriminalizing homosexual activity while others, such as India, are reinstating gay sex bans; and Russia has recently established their own new antigay laws. Pajama Press is a children’s publishing house that believes in the rights of children, and we stand behind Deborah Ellis and her groundbreaking novel. Children should never be condemned for sexual orientation—and for that matter, neither should adults. It is our hope that Moon at Nine will touch the hearts and sensibilities of readers, bringing a keen new awareness to this monstrous injustice. We’ll be pulling out all the stops with a full-scale marketing and publicity plan to support this important title. We encourage you to join us in standing behind Deborah and Moon at Nine, which will release just in time for Norooz, Iran’s New Year.

For our sixth season publishing wonderful children’s books, we have five new titles to fill our virtual clothesline. Our three gorgeous picture books are: Peach Girl, a spirited Japanese story by Raymond Nakamura and the popular illustrator Rebecca Bender; When Emily Carr Met Woo, a true story about the famous west-coast painter and her beloved monkey by Monica Kulling and Dean Griffiths; and Skydiver, a new information storybook from Celia Godkin about saving the fastest bird in the world—the peregrine falcon. We are also extremely pleased to welcome award-winning author Sylvia McNicoll to our list. Sylvia has written a compelling middle grade novel, Revenge on the Fly, which is sure to capture the imagination of young boys.

At our Annual Fall Launch on November 7th we had a terrific turnout to celebrate the achievements of all our authors and illustrators published in 2013. All of the illustrators had framed art from their books hung gallery style and all the proceeds from the art sales went directly to the artists. Open Book Toronto photographer Lisa Myers attended and took lots of great photographs of our launch, which Open Book called one of “Fall’s hottest events.” Thank you, Lisa, for permitting me to use the photo above. Some have interpreted it as a photo of me singing karaoke—but I wasn’t—just welcoming everyone at the party!

“Gr 3-6–Laidlaw takes children’s love of cats and combines it with their interest in making a difference by introducing young people who are working to save these animals. The book begins with a chapter about cats in general–their history, attributes, breeds, and cat shows. He then describes “Cat Champions” in the United States and Canada and their efforts to help abandoned, injured, or homeless felines: a girl who helps trap and neuter cats in a colony near her home, high school students who construct outdoor shelters for feral cats, and others….[T]he kids’ actions should inspire readers to get involved with rescue efforts in their own communities. This title would be useful for its information on young people and their determination to protect cats everywhere.”
—Susan E. Murray, formerly at Glendale Public Library, AZ

“Gr 2-5–Rory Stowaway comes from a long line of adventuring mice. He does not understand why his own papa is so against going out into the world beyond their cozy little home on Biggle’s farm. It’s true that his Grampa disappeared on one of his journeys, but even Gran thinks Papa has gone too far in squashing the family’s exploring ways. Rory can’t help but keep hoping that Grampa is alive, and when some clues come to light regarding his whereabouts, Rory and Gran jump at the chance to find him. The rescue takes them further afield than they imagine, and Rory’s twin, Morgan, has to fight his own less-adventurous nature if he is going to see his brother and Gran again. Themes of courage, family, friendship, and accepting differences permeate the story. Intermittent and well-placed black-and-white illustrations lend a vintage feel to the overall design of the book. A fine debut that deserves a place alongside Cynthia Voigt’s Young Fredle (Knopf) and Richard Peck’s Secrets at Sea (Dial, both 2011).”

“Nat, an orange tabby cat, spends his day sleeping in spite of the bustle going on around him. In fact, he can sleep anywhere–in drawers, on the stairs, even in a “cooking pot” or “flopping halfway off a shelf.” But “when the nighttime quiet falls,/when strange shadows fill the halls,/” Nat comes to life, joined by a black-and-white kitten. They careen around on toys, jump on beds, and enjoy the night sky perched on a window sill. Young readers will enjoy the brief rhymed text and find themselves chiming in on the repeated refrain, “Nat the cat can sleep like that!” And they will especially relish telling the unwritten story depicted in the large, mixed-media illustrations. In the three-quarter-page pictures that appear beneath the text, occasionally interspersed with double-page bleeds featuring close-ups of the two felines, the energetic kitten who plays with Nat at night tries repeatedly to rouse him during the day. He dangles string toys in front of the lazy cat’s face, rolls balls, plays the piano, tries to entice him with games–all to no avail. But whether sleeping or cavorting through the house, these two kitties are sure to win youngsters’ hearts.”