Posted on November 27th, 2013 by pajamapress

“…you’ll grow close to both young ladies as they explore each other’s lives in the here and there.  You’ll grow to understand both their positions and the choices they make regarding their own fates.  You’ll realize that it’s not just a history project in the making nor a chance to see life as it once was, but a story that reminds us that everyone has difficult times in life…”

Posted on November 1st, 2013 by pajamapress

“Jane Grey is a student in Nova Scotia preparing a history project on her namesake, Lady Jane Grey, who was the queen of England for nine days in 1553, a political pawn in the intrigues of the Tudor era. Jane discovers Lady Jane’s Book of Prayre mixed in with her research books from the library and it carries her back to Lady Jane during the last few months of her life. The two teenagers become friends and confidants, helping each other through everything that happens in both of their lives.

MacLeod uses words sparingly and lovingly in Namesake, revealing just enough to carry the reader through the lives of both Janes, just enough to capture the imagination and draw us into the story. Her descriptions of High School ring completely true as do the times when Lady Jane is trying out modern language. The abuse suffered by both girls is also treated gently, realistic without being harrowing.

The modern Jane is strong and inventive, carrying on an active inner life and finding a way to improve her own life — even when her attempts to change 16th century events fail.

Without a misstep, Namesake proceeds from a tantalizing prologue to the satisfying conclusion. Perfectly constructed, this book is a gem.”

— Willow Moonbeam is a math professor and librarian.

Books in the Spotlight believes Namesake goes beyond trope

Posted on September 27th, 2013 by pajamapress

“While Namesake may be initially seen as a standard time-slip novel, with a contemporary character going back in time to learn something which she could apply to her own life, the book goes beyond trope by having both Janes interact and take active roles in each other’s lives, even to the point of altering history if that could save their friendship… I really think you get a sense of who Lady Jane was as as person, a girl who died for her beliefs and who couldn’t fight to change her fate. I’m really glad that the author chose a figure in the Tudor history who isn’t necessarily scandalous and who isn’t all that removed from the main character’s age, to share their lives and their stories, and developing their new friendship which both of them needed desperately. Though the ending of Lady Jane’s story is heartbreaking, it sparks a change in present day Jane…” 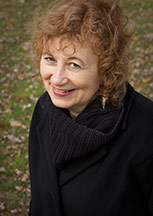