“…what I liked about Ellis’ challenging character is that her actions made me think hard about how I would act in the same situation…I’d recommend True Blue for young to mid teen readers.”

Posted on November 14th, 2012 by pajamapress

Pajama Press is proud to announce that Deborah Ellis has won The Reliable Life Insurance Award for Children & Young Adult Book for her YA psychological thriller True Blue.

The award was presented on November 12, 2012, during the 18th Annual Hamilton Literary Awards at Theatre Aquarius’ Norman and Louise Haac Studio Theatre in Hamilton, Ontario. Ron Ulrich, artistic director of the host theatre, announced the award and shared the compelling first chapter with the audience.

True Blue has met with critical acclaim in both Canada and the United States. School Library Journal said, “True Blue is about the courage to believe in oneself and fight for what’s right, even when it’s the hardest thing to do. A book worthy of any school curriculum.” Kirkus Reviews said protagonist Jess “grabs readers’ attention and never lets it go.”

True Blue has also been nominated for the Manitoba Young Reader’s Choice Award and the John Spray Mystery Award.

Posted on September 25th, 2012 by pajamapress

“You know how the female praying mantis bites the head off of the male? That was one of Casey’s favorite things. As a future entomologist, she adored insects. She even copied the head chomp with a little hand signal. The signal meant that someone was really getting on your nerves, and you’d really love to just stop them in their tracks. That was before the murder trial…

…Not many books for teens fall into the genre of psychological thriller, but True Blue definitely has the chops to be a riveting, disturbing page-turner.” -Craig Graziano

Posted on September 1st, 2012 by pajamapress

Casey, one of the central characters in Deborah Ellis‘ murder mystery True Blue, has always known she will be an entomologist. In fact, her classmates nickname her “Praying Mantis.” True Blue is full of insects and insect information, but did you ever wonder what all those creepy crawlies really look like? If so, then you need…

Actually, this endangered insect is so rare that we were not able to locate an image of it.  If you have one, let us know!

The summer edition of Canadian Children’s Booknews is here, and two Pajama Press books have made exciting appearances inside.

First, this issue announces the finalists for the 2012 Canadian Children’s Book Centre Awards, and True Blue by Deborah Ellis is in the running for the John Spray Mystery Award. Here’s what the magazine says about the award:

“Established in 2011 to honour excellence in the mystery book genre and sponsored by John Spray, President of the Mantis Investigation Agency, this $5,000 prize is awarded annually to a Canadian author of an outstanding work of mystery writing for young people.”

Over the page is the regular “Bookmark” feature, which

highlights books on a particular theme. This issue the theme is “The Worlds of War” and A Bear in War leads the listings for “Picture Books and Early Readers for Kindergarted to Grade 3”:

“The true story of how a tiny stuffed bear named Teddy became an enduring memento of a Canadian family’s love during World War I is being re-released in September 2012. Teddy now lives in a glass display case at the Canadian War Museum and is one of its most beloved exhibits.”

You can purchase copies of Canadian Children’s Booknews on select newsstands or at www.bookcentre.ca. 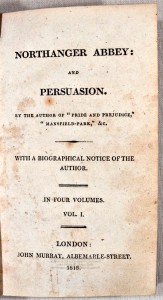 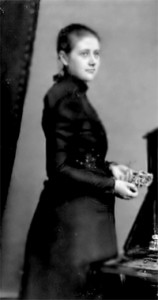 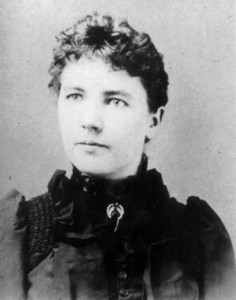 This is an amazing book that pulls you slowly into Jess’s mind.  It wasn’t until fairly far into the book that I was struck by Jess’s character.  It’s difficult to describe without giving away too much because the joy for me was when I realized what the author was doing and began to squirm a bit in reading Jess’s words.  Read it!

This is a beautiful book.  I don’t mean the story, but the package.  Congrats to the design department at Pajama Press: I was so busy admiring the fonts and running my fingers over the jacket that I almost forgot to read the book.  But I’m glad I did.

True Blue is not beautiful.  It’s gritty and bitter and sensitive and unflinching – both ripped from the headlines and totally unique.  The mystery kept me guessing, and the characters kept me up late…

…Casey, full of faith and confidence.  Stephanie, who annoyed me so much I caught myself thinking that Casey would have been totally justified in killing her.  The teacher, Miss Burke, whose courage had me in tears.  Jess’s mother, paralyzed by her own helplessness.  And complex, conflicted Jess, who wants something she can’t even identify, and resents Casey almost as much as she loves her.  Jess isn’t admirable, but she’s totally compelling.  These people are worth your time.

This intelligent mystery is a complete 180 from the author’s leprosy-in-India tale, No Ordinary Day (2011), but is similar in how its impact sneaks up on you…The unreliability of Jess’ first-person account becomes increasingly obvious as we learn the depths of Jess’ jealousy and the dubiousness of her morals. The mystery here is not just a whodunit but how loyalty and betrayal can rest along such a razor’s edge. —Daniel Kraus