Vegbooks does a double feature on Rob Laidlaw

Posted on August 6th, 2014 by pajamapress 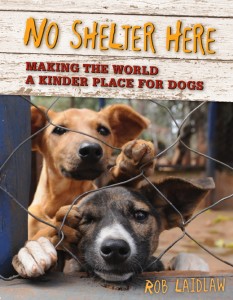 “…Laidlaw has a no holds barred approach in conveying today’s world for dogs…He lightens the subject matter through his eloquent writing style and by interjecting anecdotes from young Dog Champions who are working to better the lives of man’s best friend.”

We are pleased to announce that No Shelter Here: Making the World a Kinder Place for Dogs by Rob Laidlaw has been nominated for the 2013-2014 Hackmatack Awards.

The Hackmatack Awards are Atlantic Canada’s children’s choice reading awards for students in grades four to six. For more information about the program, visit www.hackmatack.ca.

Congratulations to Rob Laidlaw for this nomination. Young “Dog Champions” across the country will be celebrating this news. 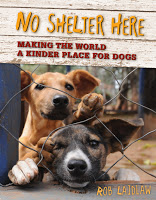 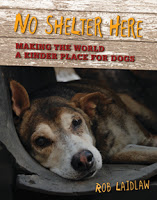 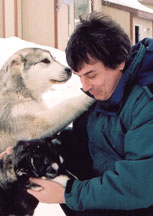 Just days before the paperback release of No Shelter Here: Making the World a Kinder Place for Dogs, Open Book Toronto has posted an interview with author Rob Laidlaw. In the interview, Rob talks about puppy mills, reading recommendations for animal lovers, and the dogs he has rescued and loved—even if it meant kicking down a door.

Whether you are a young activist wanting to help dogs or a family considering adopting a canine family member No Shelter Here is a good book to read. Since it deals with issues affecting dogs, how to make things better for our four-legged friends, things to consider before adopting a dog as well as ways to ensure a good life for an adopted dog, this book should be available in libraries – including school libraries.
–Glen Perrett