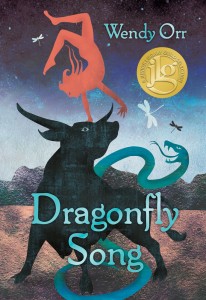 We are thrilled to welcome the award-winning author of Nim’s Island, Wendy Orr, to Pajama Press, and proudly so with a Junior Library Guild Selection for her new fantasy novel, Dragonfly Song.

In Dragonfly Song, Orr weaves an intriguing mythological portrayal of the Bronze Age Minoan civilization on the island of Crete, where subject nations are forced to send youths each year to dance with bulls in the god-king’s bloody ceremonies. Inspired by Crete’s frescoes showing figures leaping over the backs of bulls, and by the legend of the Minotaur, Orr spins a gripping story of danger and destiny that will appeal to fans of Percy Jackson and The Hunger Games.

Aissa is a resourceful and persistent heroine who possesses a mysterious bond with animals. Mute since the traumatic raider attack that took the only family she ever knew, and spurned by a community that thinks she carries bad luck, Aissa takes her survival, identity, and destiny into her own hands. In a world where the gods demand perfection, Aissa—scarred, silent, and rejected—dares to be resilient enough to fight for her own worth.

Pajama Press thanks the Junior Library Guild for their continued dedication to servicing thousands of school and public libraries in North America with the best of children’s and young adult books.

My Beautiful Birds is a Junior Library Guild 2017 Selection

Posted on December 15th, 2016 by pajamapress 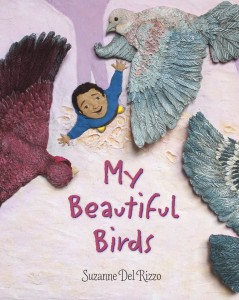 Pajama Press is thrilled to announce that My Beautiful Birds by Suzanne Del Rizzo is a Junior Library Guild 2017 Selection.

The Junior Library Guild “is a book review and collection development service helping thousands of school and public libraries acquire the best new children’s and young adult books, saving them both time and money….Our services help librarians with collection development and our members trust us to put only the best books into the hands of their eager young readers.” For more information, please visit the Junior Library Guild website.

Pajama Press extends our congratulations to Suzanne Del Rizzo. Our sincerest thanks go to the Junior Library Guild for promoting reading through this outstanding program. 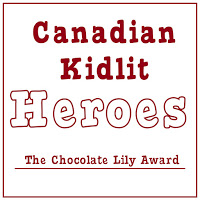 Every year BC students from kindergarten to grade six read and vote on a list of picture books and novels published in the last year. With resources for teachers and librarians, the program encourages book clubs, letter-writing to authors and illustrators, and activities that foster critical thinking. An annual gala event celebrates the award winners.