Letters from WWI: Not a Picnic

Posted on November 2nd, 2012 by pajamapress 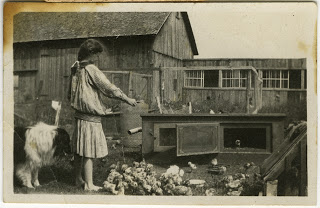 I received a letter from you dated July 25. You are not the only one who is having a hot time for it is very hot over here but the nights are cold in fact it is necessary to have a blanket to sleep under.

Why does not Clinton try to get into the Canadian Army Medical Corps. I think it would be just the job for him and in my opinion is the best work in the whole army.

I had a nice letter from Harry Jackson the other day. He would like to come over but cannot, you know their little one has been in a plaster cast for a long time and he said that he could not come…the kiddie had to come first and I guess he is right.

How were you so lucky, or should I say successful, with the sweet peas this year. I never could make a success of them, perhaps Jan got them in earlier than I did and took more care of them. If you get anything like a decent offer for the hens let them go. It will be so much less work for you to do.

How did those apple trees come on, that I planted and was so proud of. They ought to have been in pretty good shape this year.

I can sleep on the floor or anywhere else for that matter now but would like to see a good, clean bed again for a while.

I have been put in charge of the dressing station for this trip and do not have to go into the frontline, which is something but don’t think it is all a picnic here for it certainly is not.

However, it is safer than the line. So we should be thankful for even that.

We had one busy day and then things seem to have quieted down, but one can never tell just how soon things will happen over here.

Tell Howard to write me a letter even if he does not like to write the practice will do him good and the letter will do me good. Also tell Aileen I am anxiously looking for another letter from her and some more cookies. The last were fine.

Well there is nothing much to write about, and as there are a few shells going overhead which makes me jumpy, will close. Love to all and hope you all sleep well.