Posted on November 7th, 2012 by pajamapress 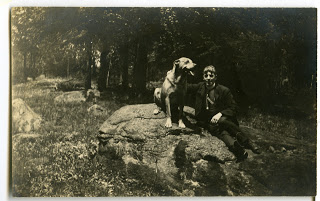 A photo of Lawrence

I suppose by this time you are at home again and have received some of my letters. The last letter I had from you, you had not heard for quite a long time. Don’t quite understand that unless they were not sent on to you.

As you see I am still in London enjoying a well earned holiday. I went to see Major Fische but he could not do anything for me so I am going down to Shorncliffe tomorrow to try and find Capt. Goodall and see what he can do for me.

I went to the theatre Monday and hardly knew how to behave. The play [ineligible] was awfully funny musical comedy and I laughed hard til I had a pain in my side. Sunday Fritzes tried to pull off an air raid and it was not a great success.

Today though the King received a lot of American soldiers, fine looking fellows they are and well equipped, very anxious to get to business. I had a chat with some of them. They were afraid they would be too late to get any fighting but I assured them they had lots of time.

I had my picture taken and the proofs look rather good. I had it taken with the hat off this time and hope you will like it.

Mrs. Richards wishes to be remembered to you. I hope to have seen Capt. Goodall before I write again, and perhaps will have some news but dare not hope too much. I am going to the theatre again tonight to see romance, don’t know much about it but it ought to be good as it has been running now for two years.

Good night for now sweetheart. Take care of yourself and rest all you can.

Love to all from Daddy.

Posted in A Bear in War