Did you know that the first library in the British Empire created exclusively for children was the Boys and Girls House in Toronto? Its founder, Lillian H. Smith, was the empire’s first trained children’s librarian and was a pioneer of literary programming for children in Canada.

Most of the kidlit heroes we’ve been focusing on this month have been organizations and people who are working with children and books today, but Smith’s legacy is one we could not ignore. The Boys and Girls House is gone now, but the library built to replace it, aptly named the Lillian H. Smith branch, houses the ever-growing collection she began. In 2012 the Toronto Public Library celebrated 100 years of children’s programming—much of which was directed or influenced by Smith. The event was marked by the publication of a list of “100 Books for 100 Years of Children’s Services” (Theo Heras, Mary Anne Cree, Mariella Bertelli, and Martha Scott).

Smith founded public libraries in schools; she taught children’s literature courses; she trained new generations of librarians; she wrote an influential book, The Unreluctant Years. Her work with the American Library Association and the Canadian Association of Children’s Librarians helped to make librarianship the profession it is today (source: Lillian H. Smith: A Life in the Library). She loved books.

So here’s to Lillian, who helped to shape the libraries we love. 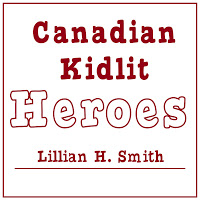