A conflicted teenaged soldier. A boy caught between two countries. When the world only sees you as German, how can you forge your own identity?

Seventeen-year-old Erich is a prisoner of war working at a northern Alberta logging camp. Twelve-year-old Max goes to school—reluctantly—in the nearby town. The two would be unlikely friends, except that neither has anyone else to turn to. At the height of World War II, nobody wants to befriend a German.

It doesn’t matter that Erich was forced into the military by his father, or that Max was proudly born in Canada. They are both easy targets for the locals’ grief and anger against the Nazis. The other prisoners are no more welcoming, distrustful of Erich’s perfect English and his dislike for Nazism. Still, when a series of accidents shake the logging camp, they pressure Erich to question the Canadians and find the saboteur—even if his questions get him into trouble. Caught between angry prisoners and suspicious captors, Erich is afraid to take any action at all. It is only when Max’s schoolyard tormentors cross a dangerous line that Erich realizes that his real loyalties lie not with a regime or a country, but with his friend.

Reviews:
“…readers will likely find the two main characters’ journeys to safety and justice in a cruel world compelling.”—Publishers Weekly

“Bass does a fantastic job building and releasing tension throughout the novel…[The characters’] feelings of helplessness and struggles with conflicted loyalties should be easy for any young reader to identify with.”—Quill & Quire

“This novel shows solid research into the conditions of the 38,000 German POW’s in Canada, and life in rural Alberta in the 1940s…the visceral details and important themes make the journey compelling.”—Resource Links

“Bass writes with a visceral power…Wrestling with complex issues of friendship, loyalty, politics and violence, Uncertain Soldier would be an excellent choice for a teen boys’ book club”—Canadian Children’s Book News

“Bass does an excellent job of uncovering the layers of many complex emotions…Mature junior high readers, and senior high students will identify with Bass’s strong male characters whose loyalties are tested and with the complex friendships that develop as the plot unfolds.”—ASLC Litpicks

“Uncertain Soldier is an excellent novel, fascinating for its detail about Canadian rural life in the 1940s, rich in male characters with whom boys can identify, and important in theme—that one should not be too quick to judge others. Highly Recommended.”—CM Magazine

“Karen Bass again, as she did in Graffiti Knight, examines an ill-fated part of our history (her author’s note is an especially enlightening and valuable read) and textures it with humanity that makes it a touching story of distressing times.”—CanLit for LittleCanadians

“Uncertain Soldier is a solid, intelligent interpretation of the politics of the time and the effect of opinion on morale. Through the richness of its characters, the novel gives voice to a gamut of attitudes, revealing the complexity of life during the 1940s far more thoroughly and effectively than what is taught in history classes….Historians still debate the political “what ifs” of the first half of the twentieth century, and this uncertainty, manifested at all levels of society, is brilliantly woven into the fabric of Bass’s text.”—There Will Be Books 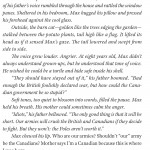 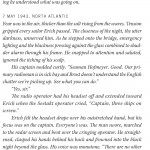 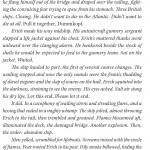 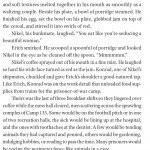 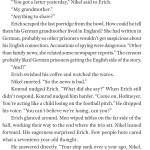 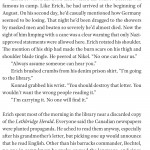 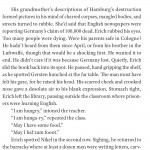 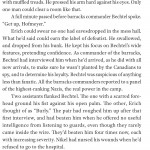 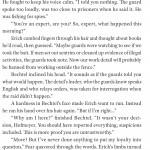 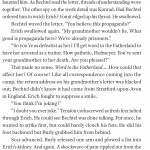 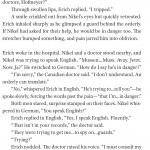 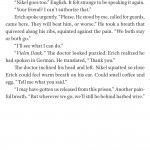 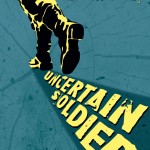