Angry over his family’s recent move and current enforced holiday in Halifax, twelve-year-old Laz Berenger rebels against a guided tour of the Citadel and sets out to explore on his own. In one dark tunnel, his St. Christopher’s medal burns suddenly hot. There’s a strange smell, and Laz blacks out. When he wakes up, everything happens at once. A sword is put to his throat. Men who look like extras from Pirates of the Caribbean hand him over to a ship’s captain who strips him and takes his medal. He is declared a French spy. Laz realizes, to his horror, that it is 1745 and he is trapped in time. These English colonists, still loyal to King George, are at war with the French. To earn his freedom, Laz must promise to spy on the French at the fortification of Louisbourg. But once in Louisbourg, Laz earns a job as runner to the kind Commander Morpain and learns to love both the man and the town. How will Laz find a way to betray the inhabitants of Louisbourg? How else can he hope to earn back his St. Christopher’s medal, which is surely his key to returning to his own time?

The award-winning author of The Hill and Graffiti Knight has written an enthralling, swash-buckling time-slip adventure for middle-grade readers centered on a fascinating period in North American history.

Reviews:
“The past is accurately and engagingly depicted, and Laz’s reactions to the harsh conditions, especially bad food and filth, are totally believable….time travel is a thrilling concept, and the tale overflows with compelling action…”—Kirkus Reviews

“[Karen Bass] provides enough details to allow [readers] to draw their own conclusions about the battles between the French and the English and Laz’s own personal dilemma.”—ILA Today, “War and Conflicts”

“The plot of Two Times a Traitor is carefully woven and tension-filled….Richness of detail, the result of the author’s careful research, helps the reader suspend disbelief and be caught up in the story….Young readers will identify with likeable Laz and will enjoy the drama and fast pace of Two Times a Traitor. Recommended.”—CM Magazine

“[A]n exciting tale of adventure, time travel and war, all within a historical perspective. Bass’ writing provides a visceral experience of the events leading up to the Siege of Louisbourg, thrusting Laz into a life completely unknown to him…Resurfacing after being immersed in Bass’ highly charged, patriotic and engrossing portrayal of 1745 is certainly a challenge, not just for Laz but for the reader as well.”—Canadian Children’s BookNews

“This novel has enough action to suit the most demanding reader….Highly recommended…”—Winnipeg Free Press

“[A] young reader will certainly relate to the main character…[this book] should be regarded as an excellent educational resource.”—Resource Links

“We rated this book: [4.5/5]…12-year-old Laz is a character you are going to root for….I really liked that the characters all spoke differently, reflecting where they were from. Laz makes a lot of references to his modern life that I found funny.”—Neela, Age 9, Kids’ Book Buzz

“Karen Bass knows how to seamlessly weave a bit of the unexpected into her fiction…Readers will adore the action adventure story of Two Times a Traitor but its story of historical events is extraordinary and not to be relegated to second place….By allowing Laz to be part of both sides and emphasizing his confusion about which side to favour, Karen Bass allows readers to see the conflict from different perspectives and takes history away from the one-sidedness of most textbooks. Moreover, she allows us to see that conflict, whether personal or historical, always has two sides that need to be seen.”—CanLit for LittleCanadians

“Readers will be swept up and away in this riveting middle-grade historical/time travel nail biting adventure, and into the pages of an exciting part of Canadian history! HIGHLY RECOMMENDED!!!”—Recently Read

“Two Times a Traitor is a riveting time-slip adventure. From first page to last you are caught in the vortex that whisks him from the present back to the past….Bass vividly recreates past places and times and her characters, both good and bad, compel you to discover how Laz resolves the conflicts he faces as he matures from an immature youth to a teenager wise beyond his years. Beware: Putting the book down is near impossible.”—Pirates and Privateers

“This is a great story….Canadian history isn’t taught as much as it should be in school, so this story would be a great supplement for kids. Though Canada’s 150th anniversary is being celebrated this year, this story demonstrates how Canada’s history goes far beyond 150 years.”—Jill Jemmett 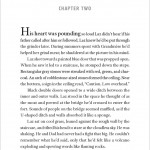 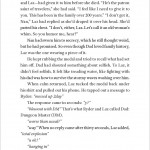 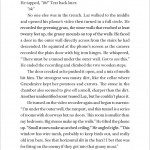 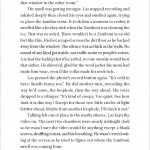 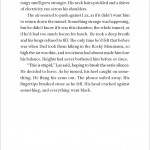 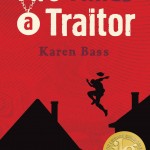