A person doesn’t have to do anything important to get recognition anymore; it’s enough to know someone who does. Parasitic fame.

Even when she was little, Casey—a.k.a. Praying Mantis—knew she was going to be an entomologist. And what about Jess? Casey told her to run, so she became a runner, and Casey dubbed her “Dragonfly.” They were best friends forever. But now Casey has been arrested for murder. Of course it’s a mistake. Stephanie Glass was the brattiest kid at camp; Casey and Jess weren’t the only counselors who complained about her. Sure, Casey used to joke about killing the kid, but she wasn’t serious.While the whole town takes sides and waits for the trial, Jess finds herself the center of attention. Everyone wants to know what happened that summer. They are hanging on every word. But does anyone really care about Jess? Mostly she finds it hard to sit still; late at night she rides her bike aimlessly up and down the town’s streets.

The truth is, without Casey, Jess feels left behind. And she doesn’t like it one bit.

In a stunning departure from her novels about the challenges facing children in developing countries, Deborah Ellis has written a story about teenagers in an ordinary North American town—an enthralling read that is part psychological suspense, part murder mystery. True Blue looks at the darker side of a friendship and the inner world of an emotionally detached teenager who struggles to find the moral courage to remain loyal to a friend in trouble.

Reviews:
“The mystery here is not just a whodunit but how loyalty and betrayal can rest along such a razor’s edge.”— Booklist

“Deborah Ellis has again delved into the psychological depths of youth and produced a story that will force readers to look inside themselves and ask – really consider – what they would do in Jess’s situation.”—Resource Links

“Ellis has done a first-rate job of putting friendship under a literary microscope.”—CM Magazine

“With important moral issues, gripping suspense and a surprise ending, this is a must-read book for teenagers. Once again Ellis has delved into new territory with impressive results.”—Winnipeg Free Press

“…Ellis’s masterful novel makes every word count…A compelling and moving read, True Blue is about the courage to believe in oneself and fight for what’s right, even when it is the hardest thing to do. A book worthy of any school curriculum.”—School Library Journal

“Jess’s relationship with her mentally unstable mother is beautifully nuanced, revealing the faults and reasonableness of both parties without violating Jess’s perspective. Ellis creates complex adult characters as seen through the narrator’s critical perspective, a difficult challenge that many YA novelists fail, or do not attempt, to achieve. Finally, Ellis’s bold ending causes the message to resonate with the reader long afterwards.”—Canadian Children’s Book News 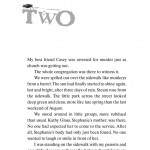 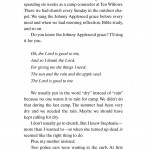 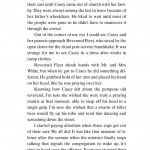 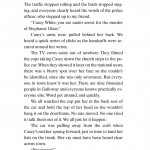 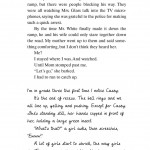 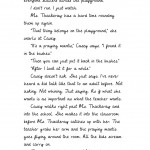 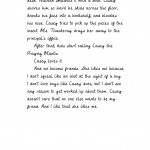 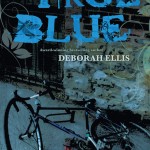