Home > Books > Revenge on the Fly

Will is determined to win his new city’s fly-catching contest. But is he doing it to stop the spread of disease, or just to beat his snobbish classmate?

When twelve-year-old William Alton and his father sail from England for new opportunities on the Empress of Ireland, they leave behind the graves of his mother and baby sister. Will only hopes they will leave death and disease behind them, too. But a shipmate’s baby falls ill and is forced into quarantine on Grosse Île, and when they finally arrive in Hamilton—their new home—they discover that Will’s Uncle Charlie is in the hospital. Why must everyone around him get sick and die?

A competition at Will’s new school offers an answer… and a challenge. In 1912, cities around the world declare war on the fly, blaming it for the spread of the diseases—summer complaint, typhus, consumption, and typhoid—that are wiping out families. To avenge his mother and his sister, Will throws himself into the local fly-killing contest. Along the way, he makes enemies and friends: Fred Leckie, the wealthy classmate who hates losing; Fred’s admirer, Ginny Malone, who often must skip school to look after sick siblings; and Rebecca, a doctor’s daughter who hates poor sportsmanship worse than poverty and disease. William uses ingenuity and determination to climb into the top ranks of fly-catchers, but along the way loses track of his real mission. Can he beat Fred without cheating? How much does it matter? Sylvia McNicoll‘s historical novel is sure to engage school-aged boys.

Inspired by true history recorded by the Hamilton Spectator.

Reviews:
“…[a] novel of a young boy learning what it means to grieve, to win, and to be a man. Reminiscent of the historical novels of Karen Hesse, this quiet story is lyrically written with a believable young protagonist and a thoughtful message of hope in the midst of trouble.”—Booklist

“McNicoll paints a believably gritty portrait of urban life a century ago.   An entertaining visit to the past with a likable guide on a spirited—if icky—quest.”—Kirkus Reviews

“McNicoll’s novel offers a unique and unconventional view of the fight against disease plaguing the world at the beginning of the 20th century.”—School Library Journal

“McNicoll never allows her characters or storyline to become predictable. Will, his father, and the rest of the cast possess individual voices that ring true and avoid cliché.”—Quill & Quire

“Revenge on the Fly is an excellent book…It will make readers laugh, cringe, shudder – and think.”—Resource Links

“Revenge on the Fly is a startling, thought-provoking work involving fully-rounded characters—and no one can accuse it of lacking realism! Highly Recommended.”—CM Magazine

“It’s how you win, not what you win; who you are, not what you have. These are hard lessons to learn when revenge is on your mind. In a true test of successful historical fiction, we are completely immersed in Will’s world, and readers will await the outcome of the competition with bated breath.”—The National Reading Campaign

“Award-winning author Sylvia McNicoll who has penned numerous early chapter books, middle grade fiction and YA fiction, never submits to the predictable, in her storylines or characters.”—CanLit for LittleCanadians 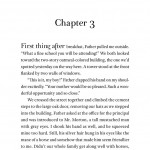 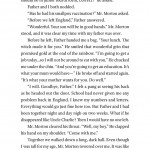 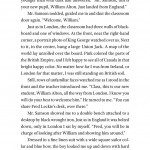 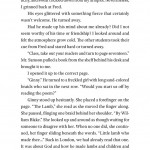 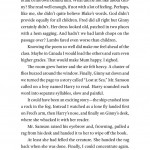 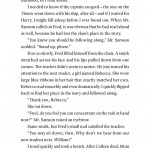 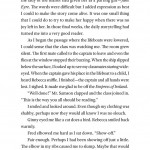 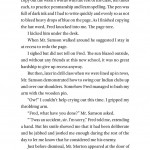 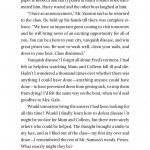 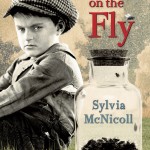