Pistachio has always known she was a princess. When a mysterious gift turns up on her birthday, she’s sure it’s only a matter of time before her real parents, the king and queen of Papua, arrive to take her away. In the meantime, though, she still has to eat her spinach and get up for school. Her friends still laugh when she wears her new gold crown to class. And her annoying baby sister insists on “Pwaying pwincess,” too. When Pistachio’s angry wish makes Penny disappear, she will need the courage of a true princess to get her back.

Princess Pistachio was translated from French by Jacob Homel, the son of award-wining author and illustrator Marie-Louise Gay. As Pistachio and Penny learn, great things happen when family sticks together.

Reviews:
“The skillful combination of text and illustrations addresses many serious concerns of early childhood—and even of parenthood—without straying from the book’s tone of fun and frivolity….A playful and entertaining take on children’s perennial questions surrounding ideas of personhood, family and community.”—Kirkus **Starred Review**

“Young readers transitioning to chapter books will be enthralled by Pistachio and her big personality and imagination. …A wonderful new offering from Gay to take her picture book readers to the next stage.”—School Library Journal

“…vividly portrays the characters’ emotions in both the text and the many colorful ink-and-wash illustrations. Sometimes charming and sometimes funny, the story is as satisfying as its protagonist’s name: Pistachio Shoelace.”—Booklist

“Princess Pistachio is a beautifully written and luminously illustrated book which will help children make the transition to chapter books…Highly Recommended.”—CM Magazine

“Gay’s tale is a clever twist on the many, many secret-destiny stories that haunt children’s literature (not to mention children’s own imaginations).”—Quill & Quire

“Princess Pistachio is an early reader that will be enjoyed by budding princes and princesses – especially those who took a liking to Stella, Sam, Caramba, and other characters of Gay’s imagining.”—National Reading Campaign

“…Marie-Louise Gay and Pajama Press have just created an Anne of Green Gables for the very youngest of youngCanLit readers, and one who will poke at our hearts and funny bones alike.”—CanLit for LittleCanadians

” This is a welcome early reader that is sure to earn even more fans for the very popular and charming Marie-Louise Gay.”—Sal’s Fiction Addiction

“Young readers are going to love this amusing chapter book, which introduces us to a girl who is sure that she is a princess who is being raised by the wrong family. It is amusing to see how Pistachio deals with her naysayers, and how she learns that there are actually more important things in life than being a princess.”—Through The Looking Glass Book Review

We acknowledge the support of the Government of Canada through the National Translation Program for Book Publishing, an initiative of the Roadmap for Canada’s Official Languages 2013–2018: Education, Immigration, Communities, for our translation activities. 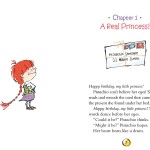 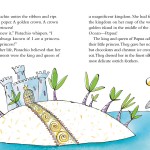 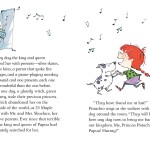 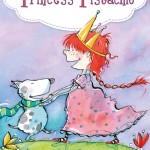 Princess Pistachio and Maurice the Magnificent

Princess Pistachio and the Pest