Home > Books > Next Round: A Young Athlete's Journey to Gold

Arthur Biyarslanov’s journey to competitive boxing has not been easy. As a small child he fled Chechnya with his family, dodging bullets and rocket fire and fording a freezing river. As a young Muslim refugee he faced hardships and hostility in his new homes in Azerbaijan and Toronto. Soccer became his refuge, and he learned two languages by playing the game with his new friends. In Toronto, he joined a league and quickly became their star player. A broken leg left him weakened and he turned to boxing to keep his strength up. Soon it became his new love. After many hours of hard work, he started to win his bouts. And by the age of twenty the “Chechen Wolf” was a champion amateur boxer, winning gold for Canada, his new homeland, at the 2015 Pan Am Games. That medal earned him a shot at the 2016 Summer Olympic Games in Rio de Janeiro—the next round for this talented boxer and determined survivor.

Reviews:
“This is a book by John Spray on Arthur Biyarslanov and it’s about the next round, ironically….This book chronicles the story of him coming from Chechnya via Azerbaijan and to Halifax in 2005 where the family was met by the refugee relocation committee of the UN, put up for 5 days there and ultimately on to Toronto. A decade later, a gold medallist at the Pan American Games and now the 21year old has designs on a championship here in Rio.”—Ron MacLean, CBC Television

“Opening with the Biyarslanov family’s flight from Chechnya in a sequence that could be straight out of a movie, the book draws the reader’s attention almost immediately….A sure hit for readers looking for a sports biography or a story of triumphing over difficulties.”—Booklist

“This selection holds a lot of appeal for young sports fans, and its accessible and straightforward storytelling will make it especially tempting to reluctant readers.”—School Library Journal

“John Spray…tells the story of 20-year-old boxer Arthur Biyarslanov, who overcame a turbulent childhood, fleeing war-torn Chechnya when he was three, spending years as a refugee in Azerbaijan before arriving in Canada when he was nine, learning two new languages along the way.”—Quill & Quire

“John Spray writes an engaging story that pulls us in from the first page…Readers will find themselves cheering for Arthur as he faces one obstacle after another and will enjoy the personal photos that give us an even closer glimpse into the life of this young, ambitious athlete. The book also contains a glossary of soccer and boxing terms…[A] must read for youngsters who are looking for inspiration…”—Canadian Children’s Book News

“Author John Spray is no stranger to either writing or boxing.”—Resource Links

“This is a true story, and also a very exciting one. My favourite character in this book is… Arthur, of course! And my favourite part of this book is when Arthur faced Zsolt, another boxing champion, for the first time. That was a really exciting part…I give this book FIVE STARS ‘cause it was entertaining the whole entire time. I recommend this book to kids who want to be athletes and boxers when they’re older, and kids who like action stories and sports.”—Super Book Boy for Kids’ Book Buzz

“[Next Round is] a good read, approximately 104 pages in total. It’s got very sharp black and white pictures with a brilliant, colour photo-essay in the middle… It tells you a lot about Arthur, who’s very charismatic, but also a quiet kind of guy who works extremely hard… As we all know, there’s not much coverage of Canadian athletes, much less Canadian boxers, so I think this book is a brilliant, brilliant play…good on you John Spray, good on you Arthur Biyarslanov…This book is a great promotional item and a fantastic idea.”—Dameon Okposio, The DO Boxing Show

“As we look forward to the opening of the Summer Olympics I wanted to share this story of one of our young athletes, whose journey has been a most difficult one…John Spray writes the story of the Chechen Wolf, a young Muslim refugee from Chechnya, whose grit and determination won him a gold medal in the 2015 Pan Am Games as a member of Canada’s boxing team. It was Canada’s first gold medal in boxing in forty years. In interviews with Arthur Biyarslanov, Mr. Spray heard stories of his early life, their escape from Russia, the family’s life in a refugee camp in Azerbaijan, and finally a new life in Canada … all before he was nine years old.”—Sal’s Fiction Addiction

“…it’s John Spray’s writing that will capture Arthur Biyarslanov’s story better than any colour commentator could ever hope to relay as the boxer reaches for gold at this year’s Olympics.  John Spray…tells Biyarslanov’s story as the harrowing action story that it is.  From witnessing at age three the massacre by Russian soldiers of Chechens desperately attempting to flee for Azerbaijan, to the family’s escape across the cold water of the Yujniy Gerzel River into Dagestan and Arthur’s regular conflicts with the frightening old Azerbaijani woman whose fruit tree he climbs and his contentious boxing relationship with Zsolt…a  gripping story whose next chapter is still untold.”—CanLit for LittleCanadians 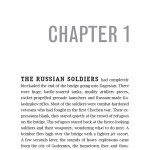 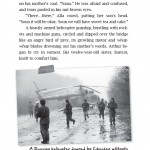 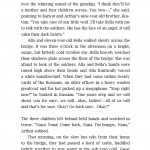 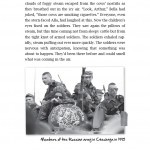 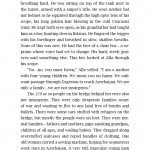 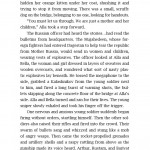 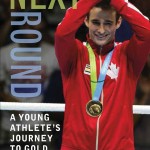