All Jane did was read aloud from an old book—but suddenly she’s face to face with her history project, Tudor England’s Lady Jane Grey.

It started with a history project. Mr. Gregor assigned a research paper on a figure from the Tudor era, and of course Jane Grey had to pick her namesake—Lady Jane Grey, the fifteen-year-old girl whose parents schemed to place her on the throne of England, then abandoned her to face the executioner. The project is engrossing from the start, but when Jane opens a mysterious prayer book and finds herself in the Tower of London in 1553, she ends up literally drawn into her namesake’s story. Soon, Jane is slipping into the past whenever the present becomes too unbearable, avoiding her mother’s demands, her best friend’s fickleness, her crush’s indifference. In the Tower she plays chess with the imprisoned Lady Jane, awed by her new friend’s strength and courage. And it is in the Tower, keeping vigil as the day of the execution draws near, that Jane learns that she, too, must have the courage to fight for her own happiness.

Reviews:
“In her debut novel, Sue MacLeod successfully accomplishes a feat many more experienced writers struggle with: weaving an historical narrative smoothly into a contemporary storyline… It sounds like a lot of ground to cover in one slim volume, and it is, but with sensitivity and some well-placed humour, MacLeod pulls it off.”—Quill & Quire Starred Review

“In every way, this novel is a triumph. MacLeod deftly weaves the modern Jane’s contemporary story with the true-life tale of Lady Jane Grey. Both storylines are fully developed and vividly rendered, with the time-travel element simply and elegantly incorporated into the fabric of Jane’s present-day life. …Highly Recommended”—CM Magazine ****/4

“Without a misstep, Namesake proceeds from a tantalizing prologue to the satisfying conclusion. Perfectly constructed, this book is a gem.”—Canadian Children’s Book News 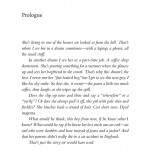 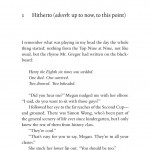 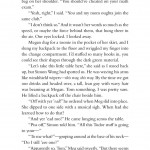 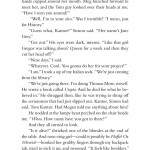 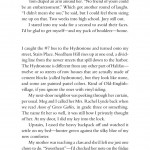 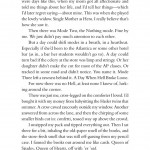 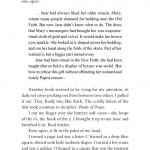 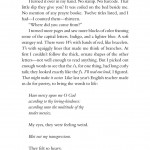 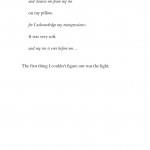 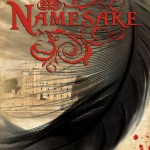