Hardcover edition distributed in the U.S. by Ingram Publisher Services

A riveting novel set in Iran, where sexual orientation can have deadly consequences.
Based on a true story.

Fifteen-year-old Farrin has many secrets. Although she goes to a school for gifted girls in Tehran, as the daughter of an aristocratic mother and wealthy father, Farrin must keep a low profile. It is 1988; ever since the Shah was overthrown, the deeply conservative and religious government controls every facet of life in Iran. If the Revolutionary Guard finds out about her mother’s Bring Back the Shah activities, her family could be thrown in jail, or worse.

The day she meets Sadira, Farrin’s life changes forever. Sadira is funny, wise, and outgoing; the two girls become inseparable. But as their friendship deepens into romance, the relationship takes a dangerous turn. It is against the law to be gay in Iran; the punishment is death. Despite their efforts to keep their love secret, the girls are discovered and arrested. Separated from Sadira, Farrin can only pray as she awaits execution. Will her family find a way to save them both?

Based on real-life events, multi-award winning author Deborah Ellis’s new book is a tense and riveting story about a world where homosexuality is considered so abhorrent that it is punishable by death.

Reviews:
★ “Moon at Nine is a riveting tale of young girls being true to themselves and their love, set against a political and cultural backdrop few readers will have first-hand knowledge of. Ellis once again proves she is a master storyteller. Readers will remember Farrin and Sadira long after the final page has been read.” —Quill & Quire ★ Starred Review by Ken Setteringon, author of the Stonewall Honor Book Branded by the Pink Triangle

“Sparse and eloquently-written, this short historical novel is both beautiful and heartbreaking.”—School Library Journal

“A firm grounding in Iranian history, along with the insight and empathy Ellis brings to the pain of those whose love is decreed to be immoral and unnatural, make this a smart, heartbreaking [novel.]”—Publishers Weekly

“This is a thought-provoking story inviting readers to ponder the interplay of cultural, moral, and sexual issues in different countries around the globe.”—International Reading Association

“…inarguably powerful… A book study guide is included and will help encourage much needed discussion.”—Booklist

“Moon at Nine is the romantic adventure tale longed for by queer teenagers prowling the school library for stories that more closely resemble their own.”—Plenitude Magazine

“In this riveting love story based on true events, Deborah Ellis transports readers to Iran in 1988 just nine years after the Islamic Revolution… Readers will find this powerful book both compelling and chilling.”—Dragon Lode International Books

“Heart-stirring, believable, and ultimately heartbreaking, this is a must-read.”—Youth Services Book Review

“Deborah Ellis manages to avoid stepping on cultural taboos through rigorous research and editing, and her story hits on universal themes such as family secrets, friendships, relationships and coming-of-age…more than simply an LGTBQ novel or historical fiction…a multi-faceted hybrid that can be enjoyed by both teens and adults.”—Ottawa Review of Books

“True to form, Deborah Ellis has crafted a stark, riveting and uncompromising account of life in a country and era that is markedly different from our own…Its heartbreaking and unflinching honestly will both engage readers and create heightened awareness.” —Canadian Children’s Book News

“…an accessible text which can be enjoyed by a variety of readers due to its simple writing style. The author’s note describing the history of Iran is especially useful to those unfamiliar with this history and the subject matter of the novel is one that not only encourages individual research, but also fills a large gap in cultural LGBTQ literature.”—Resource Links

“Any reader who wants to understand Iranian history through the experiences of young people who themselves are changing will find Moon at Nine a riveting, different read that rests firmly on compelling characters facing an array of changes. Highly recommended for young adult readers in grade 9 and up.”—Midwest Book Review

“As more and more states strike down anti-gay marriage laws, Moon at Nine is a chilling reminder of the suffering of too many others…its importance is hard to deny.”—BookDragon, Smithsonian Asian Pacific American Center

“Moon at Nine is a tense and riveting YA novel.”—The International Educator

“Moon at Nine is quite frankly one of the most powerful love stories I have ever read… With a backdrop of an almost post-war Iran, Farrin and Sadira are vibrant and inspiring characters consciously deciding to live in the moment by clinging to each other in the face of great opposition. Ellis’ writing is passionate and informative, creating a realistic and frightening picture of Iran’s reaction to homosexuality.”—Amy’s Marathon of Books

“A story that illuminates, astounds and perhaps will grow empathy for other cultures and sexualities.”—49th Shelf

“Basing her book on a true story, Ellis has written a heartbreaking tale of prejudice and injustice…Highly Recommended.”—CM Magazine

“Multi award-winning author Deborah Ellis excels in creating stories of determination in the face of adversity and social injustice. Here, she presents us with a sensitive and passionate tale based on the true life experiences…Beautifully told…”—Quick Brown Fox 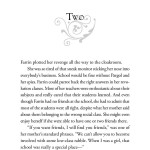 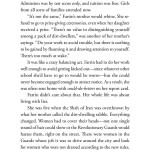 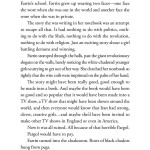 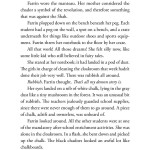 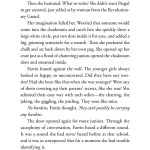 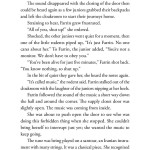 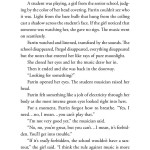 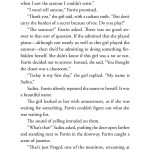 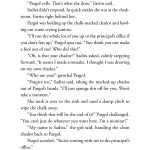 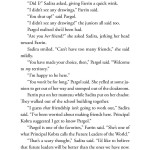 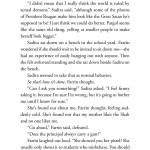 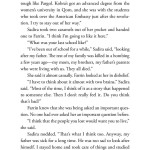 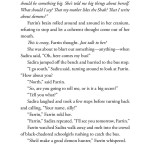 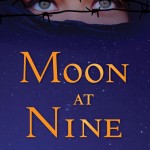