Evie Brooks is having the time of her life in New York, despite having to start her first day of school with a stye on her eye and a skirt so short it shows off her baby giraffe legs. Nevertheless, Evie makes new friends—maybe even a boyfriend, although how can you tell whether he’s a boyfriend or just a boy who happens to be a friend? And life with her Uncle Scott continues to be a whirlwind as he adds the Central Park Zoo to his list of vet clients. Once again the practice is inundated with the city’s strangest pets and inmates, including an alpaca named Milly, Eddie the Westipoo, Jax the snail, and a rabbit named Dr. Pepper that goes walkabout in Central Park. Evie is almost too busy to notice that the father she’s never met has darkened her door and is anxious to make amends and seek custody of Evie. Well, Evie won’t have any part of that. Nobody is going to separate her from Uncle Scott, not even the courts and a lawyer named Marcy, who claims to be representing her interests but won’t let her speak. That is not Evie’s style, however, and she is determined to find a way to stay with her uncle, with a little help from her friends.

Reviews
“This is a funny, engaging book that celebrates the quirky splendour of life in New York as seen through the eyes of a very smart thirteen-year-old.”—National Reading Campaign

“This novel will definitely appeal to young female readers who love animals. They will be able to relate to Evie’s everyday issues at school and at the veterinary clinic, as well as her complicated relationships….Agnew’s novel also deals with different kinds of families. Evie lives with her uncle Scott, but her biological father is suing to get custody. Greg and Finn go back and forth between their divorced parents. Lorcan has two dads….Readers will definitely look forward to the next edition of Evie’s adventures in New York!”—Resource Links

“Evie’s blend of serious situations with comical observations is successful and will appeal to many middle school students….[R]ecommended for school libraries and public libraries…”—CM Magazine 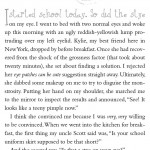 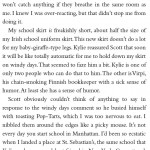 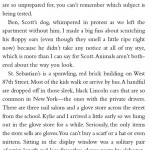 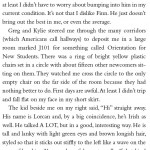 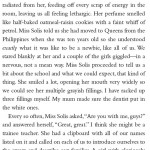 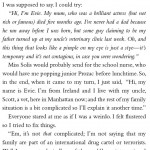 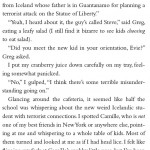 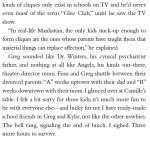 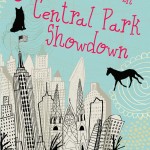 Root Beer Candy and Other Miracles