Every afternoon at four o’clock, Mister Rodriguez steps out of a narrow laneway and strolls through the street. The village children watch him go, ever more curious about the enigmatic old man with the bushy white mustache. Some say they’ve seen him float above the ground. Others say he played a piano without touching a single key. The truth, though, is more beautiful than any of the children could have imagined.

Reviews:
“Bewitching…[Mister Rodriguez’s] absence prompts a strong sense of community as [the children] band together to say their goodbyes…Thisdale’s realistic yet dreamlike illustrations, windswept with mist and surreal painted skies, add to the sense of wonder.”—The New York Times Book Review

“The story line speaks to the reality of death in a whimsical way, introducing it by way of it occurring to someone known by the children in the book but not someone with whom they were particularly close. VERDICT Young children beginning to learn about the concept of death will find this book to be an easy introduction to this inevitability in their lives.”—School Library Journal

“Bon Voyage, Mister Rodriguez has found another gap to fill: what about the death of a neighbour, or those people you see every day but don’t know all that well? Those who, when they suddenly disappear, take a part of the community with them?…No tears, no sentimentality, no explicit mention of death – it’s possible to read this book as a quirky story about a magical musician. It can also be appreciated just for illustrator François Thisdale’s gorgeous, painterly spreads, with their becalming greens, blues, and ochres.”—Quill & Quire

“Rating: E…[A]n uncomplicated picture book delivering a message that young children can relate to without the sadness and gloom normally associated with death. The title may initially indicate that Mister Rodriguez is going on a different voyage, not the one that readers eventually discover in the story. Overall, Bon Voyage, Mister Rodriguez is a perfect selection for sharing with young children, in a classroom, or a library setting.”—Resource Links

“Observed by village children, an elderly man prepares for death in this misty allegory….Duchesne adopts a first-person-plural narrative voice in which matter-of-fact declaratives bob against mild speculation and culminate in an unflappable conclusion.”—Kirkus Reviews

“The blue and grey backdrops of sky and sea are at once misty and luminous, grounded by the pretty shuttered buildings and the solid human figures, emphasizing the juxtaposition of the reality of a continental town with some pretty unusual plot elements. Bon Voyage, Mister Rodriguez is a rather special picture book for larger collections.”—CM Magazine

“Christiane Duchesne’s text leaves open what the children actually see and what actually happened to Mister Rodriguez but still laces it with the heartfelt emotion of a dear friend’s passing. Because of the surreal, perhaps supernatural, texture of Bon Voyage, Mister Rodriguez, François Thisdale’s illustrations, created with acrylic and digital media, have the perfect blend of the ethereal and the realistic….Bon Voyage, Mister Rodriguez presents the concept of death in a wholly unique fashion, leaving open what happens after we leave the physical world.”—CanLit for LittleCanadians 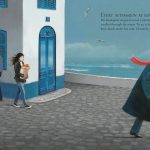 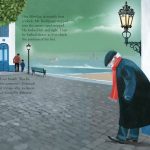 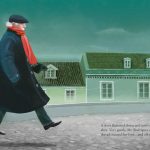 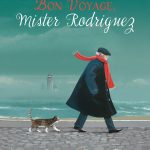 Paula Knows What to Do