Home > Books > Bear on the Homefront

The poignant wartime story of a small bear who serves his country—and a new family.

During World War II, 10,000 children from British cities were sent to live with host families in Canada, the United States, and other nations away from the war zone. Bear on the Homefront tells the story of two guest children, Grace and William Chambers, who arrive in Halifax and meet Aileen Rogers, a nurse serving on the homefront. With her is Teddy, the stuffed bear whose real-life trip to the front lines of World War I and back was chronicled in A Bear in War.

Using archival images and Aileen Rogers’ wartime diary, Stephanie Innes and Harry Endrulat piece together William and Grace’s journey by train to their host family’s Winnipeg farm. Readers experience the story through Teddy’s eyes as Aileen, seeing William’s anxiety, lets her stuffed friend stay with the little boy throughout the train ride and, ultimately, throughout the war. Brian Deines’ soulful oil paintings capture the spirit of the war years on the homefront. His expressive art communicates both the loneliness of children separated from their families and the joyful conclusion when Grace, William, and Teddy all return to their homes again.

“Deines’ warm oil paintings, suffused with light, are as tender as Teddy’s tiny embrace. Child readers, in wartime or not, will give their teddies an extra, grateful squeeze.”—Kirkus Reviews

“The story is touching without any hint of sentimentality. The soft, warm palette of the art is beautifully rendered in oils and adds the perfect touch to this heartwarming story.”—School Library Journal

“an appealing look into a little-known part of WWII.”—Booklist Online

” Poignant and tender in its writing, this picture book helps to teach today’s children about real life experiences during World War II”—Resource Links

“Bear on the Homefront is an elegant book that parents and educators will enjoy sharing with young children. Highly Recommended.”—CM Magazine

“Innes and Endrulat cleverly tell the story from Teddy’s point of view, so the reader, like Teddy, hears Aileen’s explanations of what is going on as well as William’s and Grace’s secrets…Brian Deines soft atmospheric illustrations and rich colours convey an old-fashioned feel to the story.”—National Reading Campaign

“The beautiful and calming illustrations by Brian Deines enhance the text and hold the reader’s attention. Bear on the Homefront is a wonderful way to introduce children to history.”—Canadian Children’s Book News

“These two heartwarming stories[, A Bear in War and Bear on the Homefront], with softly coloured illustrations, will be read and appreciated by ages five to adult.”—The Calgary Herald

“Bear on the Homefront, a beautifully illustrated children’s book,…manages to talk about war in a way that is gentle, fascinating and educational.”—SavvyMom.ca

“…by giving Teddy a voice, Stephanie Innes (the great niece of Aileen Rogers) and Harry Endrulat have endeared the little bear with even more heart than his simple form may suggest.”—CanLit for LittleCanadians 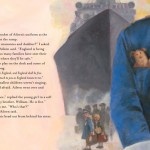 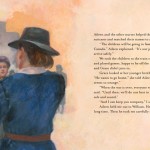 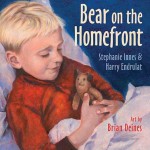