Teddy’s World War I odyssey takes him from a farm in Quebec to the front lines of France, and finally to his present home in the Canadian War Museum in Ottawa.

Reviews
“…a wonderful testimonial to a family who made the greatest sacrifice for their country in World War I.”—School Library Journal

“[Deines] brings both a sense of intimacy (Aileen’s hands putting Teddy in a box) and universality (an iconic soldier vanishing in a field of poppies) to the text. A lovely book…”—Kirkus Reviews

“…Innes and Endrulat do not shield the reader from the sadness war brings but choose to demonstrate it with tremendous sensitivity. Deines’ exquisite oil paintings beautifully couple the innocence and sensitivity that Innes and Endrulat create…Highly Recommended.”—CM Magazine

“…highly recommend for school and public libraries…Gently told through the voice of the teddy bear it provides some insight into life during war time for a group of young readers.”—Resource Links

“[Books about war] need not be graphic in their treatment of the subject. Sometimes, subtlety carries more weight…a story with wide-ranging appeal.”—The Montreal Gazette

“A Bear in War is such a beautiful story, and sad at the same time….The illustrations are beautiful and I like the added real photographs and information provided about the family and Teddy.”—Book Time

“The illustrations are beautiful. There are also real photographs throughout the book as well as information about the family at the end.”—Newmarket Today 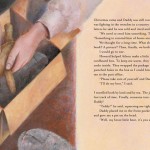 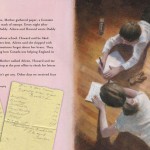 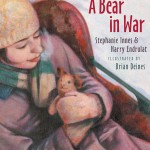