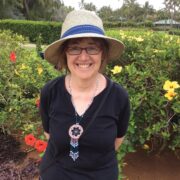 Frieda Wishinsky grew up in New York City, where she played in local parks and frequented the local candy store. After earning her BA in international relations and her Master of Science in special education, Frieda began to teach…and then to write. Her first title, Oonga Boonga, was an American Booksellers’ Pick of the List. Since then, she has grown a magical garden and  published more than seventy books, including her bestselling biography of Frederick Law Olmsted, The Man Who made Parks. Frieda has earned many starred reviews and awards, including the Print Braille Book of the Year and the Marilyn Baillie Picture Book Award. Today lives in Toronto, where she still loves exploring parks and gardens.

Books by This Author