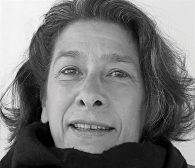 Christiane Duchesne hails from Montreal. She has written for television, film, and radio in addition to her work in children’s publishing. Her works La Vraie histoire du chien de Clara Vic and Victor won the Governor General’s Award for Children’s Literature in 1990 and 1992, respectively.

Books by This Author